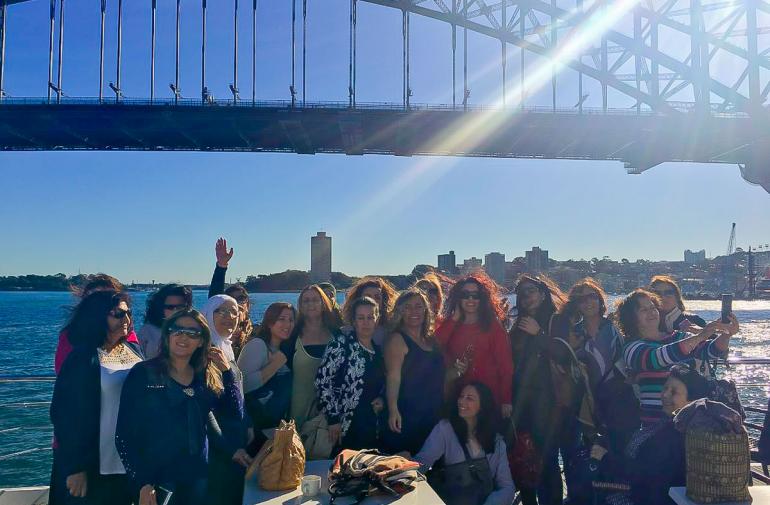 A tour of Sydney and a lunchtime harbour cruise for forty newly arrived refugee women from Syria and Iraq was organised for orientation, educational and recreational purposes.

The women, who live in different suburbs in the Canterbury Bankstown LGA, assembled at Bankstown Train Station at 9:15 am. We boarded the train to Wynyard Station and took the Wynyard Walk connecting Sydney CBD to Barangaroo where we had a well-earned coffee on the water. We boarded the beautiful Magestic Cruiser that took us on an informative tour around the Harbour, the Opera House, Barangaroo Headland and other landmark sites and sceneries. 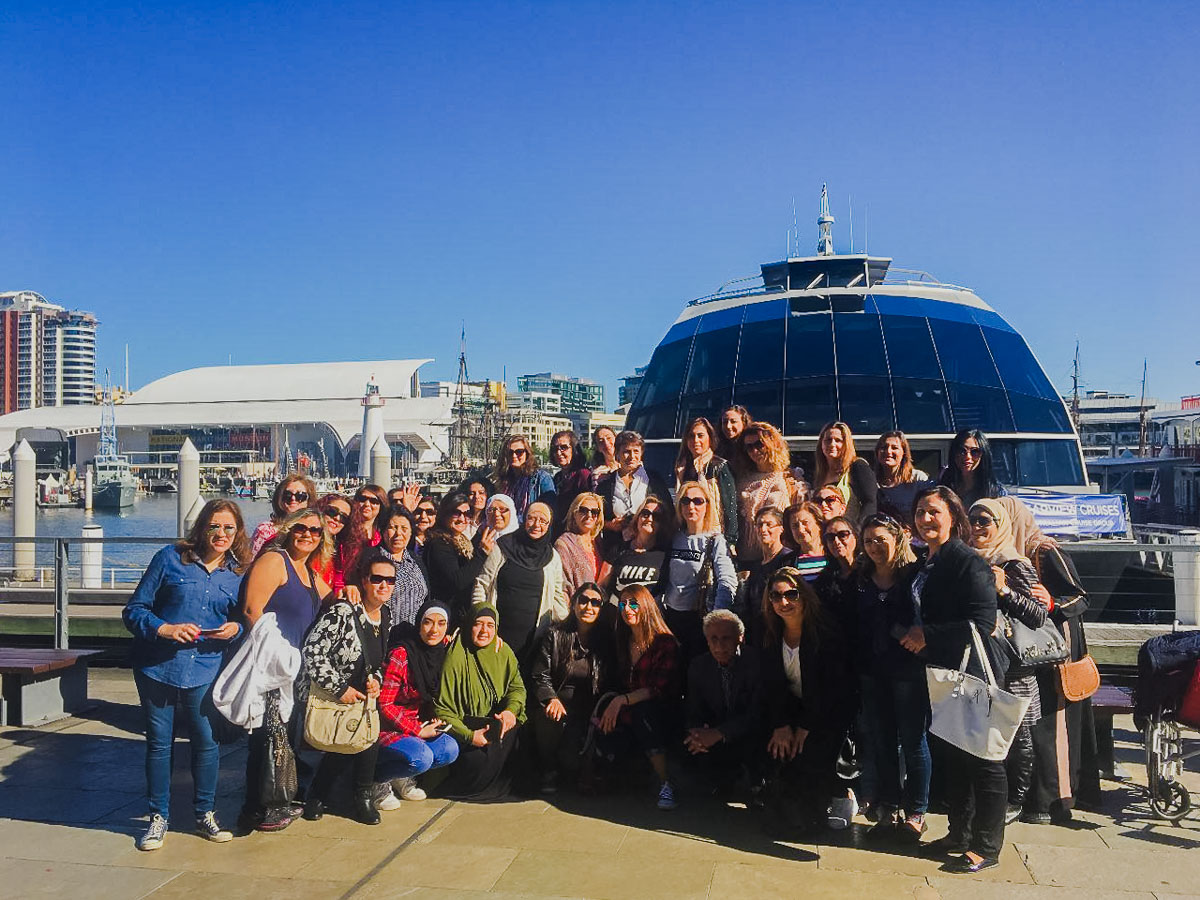 The beautiful and meaningful tour incorporated a excellent Lunch Buffet, which the ladies enjoyed. The tour was also full of socially enjoyable activities such as singing, dancing and interacting with each other and with the cruiser’s staff. 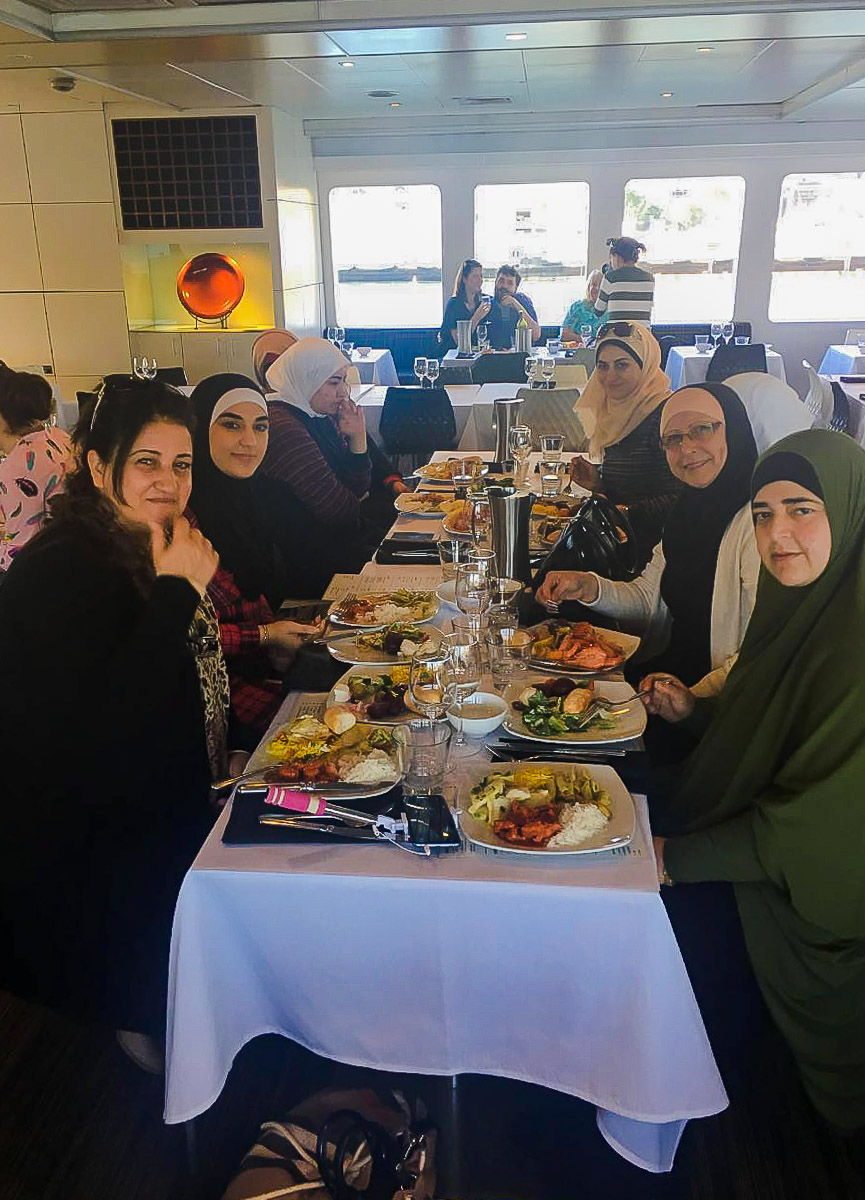 The cruise concluded with a walking tour to some significant sites in the Sydney CBD; the Town Hall, St. Mary’s Cathedral, St. Andrew’s Cathedral, St. James Anglican Church, Circular Quay, the Rocks and some shops.

In all the was full of information and enjoyment.

The feedback, on the day and at follow up, was overwhelmingly positive. All women reported that they have not had a single beautiful day like this since the war broke out in their country Syria!